OASIS is honored to share a special announcement from Hildreth “Hal” Walker, co-founder and president of the A-MAN, Inc., STEM International Science Center in Inglewood.

We are very pleased to announce the opening of the Apollo 11 Lunar Laser Ranging Simulator Exhibit at the headquarters of A-MAN, Inc., STEM International Science Center in Inglewood.

This unique exhibit, previously a highlight of the Lemelson Hands-on Center, was donated to A-MAN by the Smithsonian National Museum of American History (NMAH). The simulator will be open to all students of the Inglewood, Los Angeles and Southern California school districts to further their space-related STEM studies. Thousands of these students and families are expected to benefit and many will attend the Grand Opening as part of the 45th anniversary celebration of the Apollo 11 first landing on the Moon. 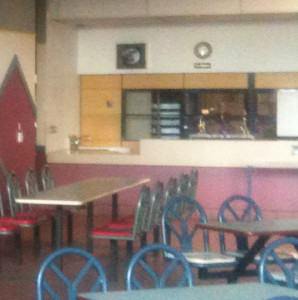 The exhibit commemorates the historical first-ever successful lunar laser ranging experiments conducted over a half-million mile distance as part of the Apollo 11 mission. The laser ranging operations conducted from Lick Observatory in July, 1969 were headed by laser technology pioneer Hal Walker. Hal presently serves as A-MAN Co-Founder and board chairman along with his wife Dr. Bettye Walker, president and CEO.

Many thanks go out to Dr. Art Molella (NMAH) and the Jerry & Dorothy Lemelson Foundation, who provided the support that made this possible.

This entry was posted in NASA, OASIS, STEM STEAM. Bookmark the permalink.